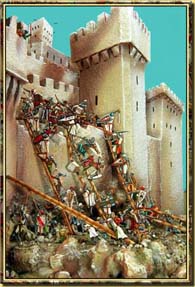 Welcome to Hidden Tradition – a multiplayer game server using the Neverwinter Nights Enhanced Edition engine, based on a fantasy version of Earth in the 12th century.

The server runs a recreation of areas of Europe and Palestine during the Crusades of the Middle Ages. It’s quite detailed in many ways – so much so that the world maps we use for the game are actual maps from that period of history, and many of the quests are based on real events or stories of the period. Bookshelves even contain excerpts from real 12th century books if you want to study more of the background.

However it is an alternate fantasy version of the Crusades, so it has elves and dwarves and magick etc. in traditional D&D style.

Our world is gloriously detailed, with a small, friendly community of dedicated players, and it’s a lot of fun. A certain amount of role playing is encouraged, but if you just want to explore a huge interesting sandbox world and kill things, we think you will really enjoy it. 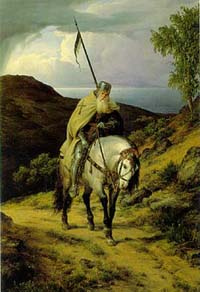 In order to play on the Hidden Tradition you will need to own the Neverwinter Nights Enhanced Edition. If you want to play on a Windows, Mac, or Linux computer then the best way to get the game is via Steam. The game doesn’t need a massive fancy graphics card either – you can run it on pretty much any computer made in the past few years. You even can run it on an iPad or Android tablet – just buy it from the Apple store or Google Play store. You don’t need anything else apart from that – no subscription fees etc. – just log on to the server directly and start playing.

The Hidden Tradition uses Server Vault only characters – you can’t use characters you already made in another module. Your character is also automatically saved on the server when you leave, or every time you rest within the game, so if you want to save your progress at any time, just hit the R key while you are in a rest area – no need use use the Save button!

We look forward to seeing you in our world!